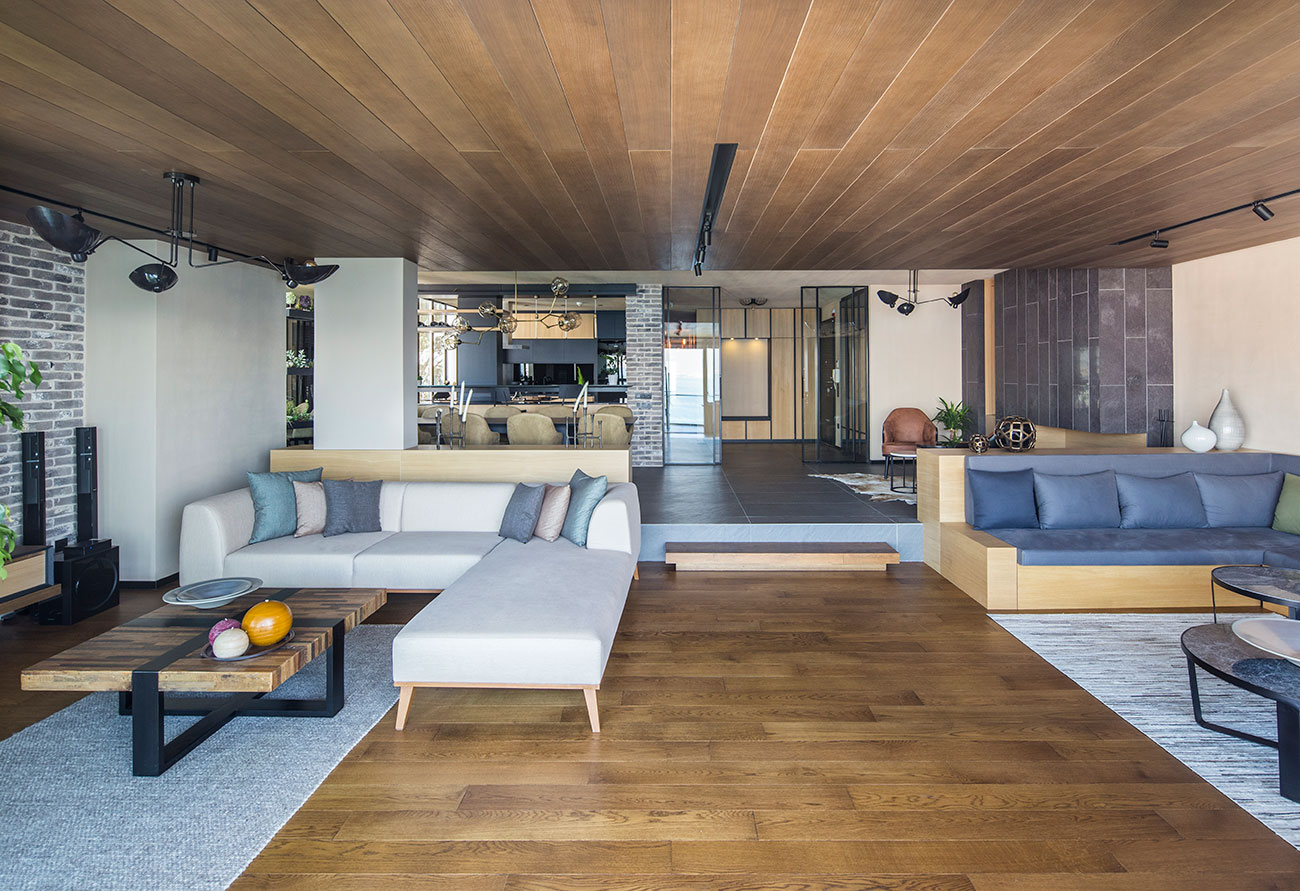 Walking along the Istanbul Moda coastline there is a building which is striking by its architecture. The V shaped capsules on the façade derives the attention. Being curious about the outlook of the building, we were lucky as architects to get the chance to do the interior of the apartment. Considering the location and the view that the building has, the apartment floor is predominant to the vista of Istanbul the first intervention that was thought of was having the façade as transparent as possible.

The biggest problematic that took attention was that the house was very dark and had a pretty much closed entrance fallowed by a corridor that was not straight but more like a maze. The living room of the house and the kitchen were separated by a wall, and the entrance was pretty much detached. The implements we have made to the house interior was to almost re-built the interior regarding the customs of the owner but respecting the actual architectural elements of the building.

The house owner is a mathematician who lives alone whose daughter visits once a week and therefore the program included a flexible room for her. The 3+1, 250 square meter house is designed for him considering his luxury lifestyle. Merging the entrance, kitchen and the living area into each other a straight corridor that can be reached through all of the rooms was designed. Via usage of glass and mirrors the transparency carried the vista to the interior of the house. The restrooms of the original planning had a big square meter which allowed us to re-plan the restrooms as a whole where we implemented a sauna and a jacuzzi space for the master suite bathroom.
‍