‍‍Led by Şule Ertürk, slasharchitects is a group of design enthusiasts and professionals. The practice conducts diversified design work both nationally and internationally in the field of architecture, urban design, interior architecture and furniture design.

‍slasharchitects addresses the world through compositional work that rethinks various typologies of architecture and accomplishes profundity by establishing a strong bond between the urban context, the user and the architectural product whose utter value lies in the collective intelligence behind its ultimate form.

From conception to execution, all architectural decisions are carefully scrutinized to meet the contextual challenges and the users’ beyond-anticipations in exceptional spatial experiences.

In other words, we are slashers*.
‍We dare to go against the flow.
We acknowledge the multi-potentialism in a compartmentalized world.
We embrace the world.
We create environments.
We create spaces.
We re-create spaces that are already created and enrich them.
We accumulate knowledge and combine it into one exquisite reality.

‍*slasher( /ˈslaʃ.ər/ )
UK/ noun [ C ] informal
The word “slasher” refers to the slash sign, as in “/”, and refers to people who combine more than one role or occupational identity. 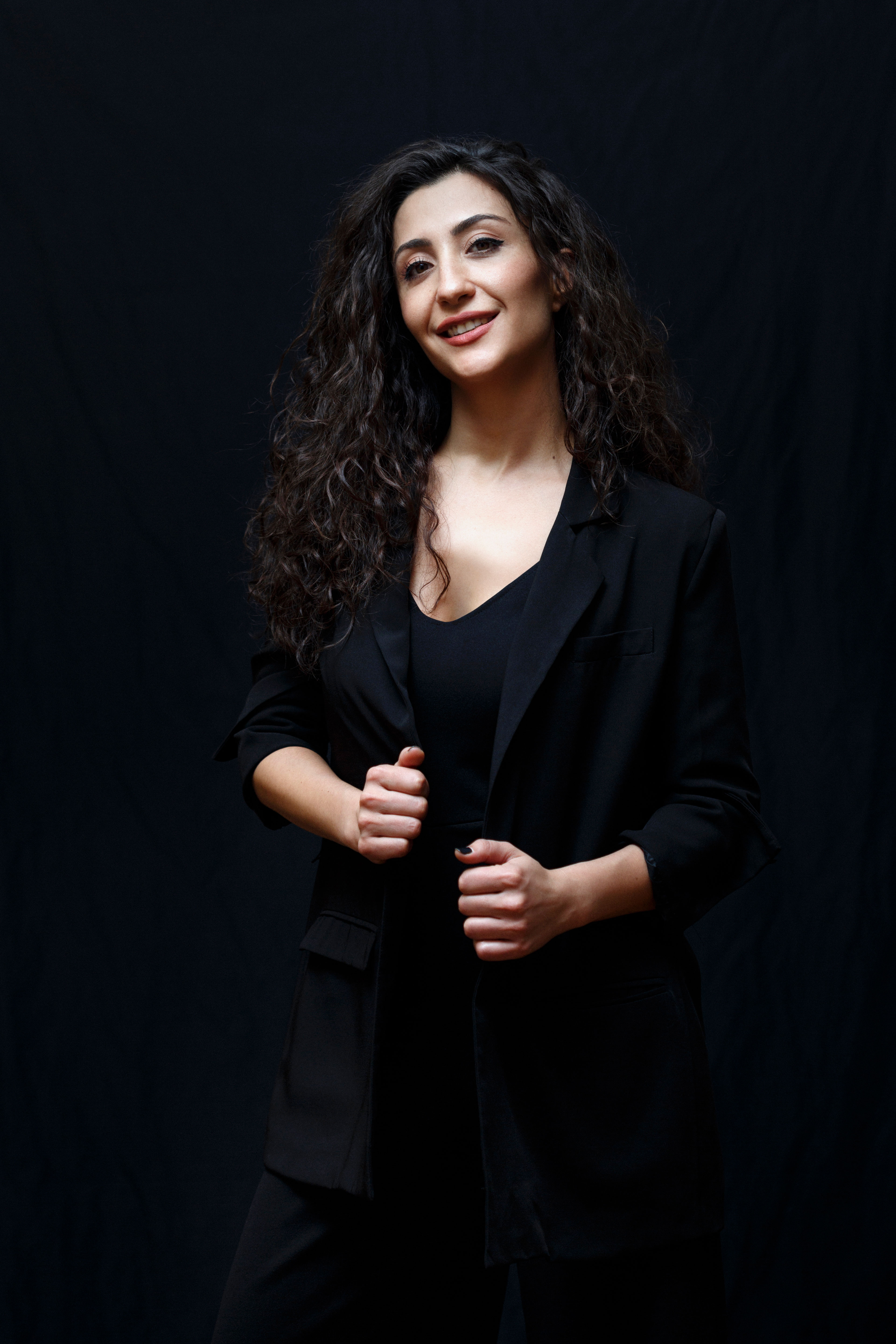 ‍‍Şule Ertürk completed her bachelor degree in Architecture at Yildiz Technical University in Istanbul. She then started her postgraduate studies at the same university in Computer Aided Design and pursued her research in Parametric Design at École Spéciale d’Architecture in Paris. For her thesis project, she developed a model that can be integrated in most of the design stages. This study mainly targets computer-supported tools in urban design and is entitled “Computational Urban Design”.
‍
The professional career of Şule Ertürk started in different architectural offices working on various scales. Later on in Paris, she started working for Ateliers Jean Nouvel in the design department where she specialized in concept development and advanced modelling.

During her stay in Paris, she gave lectures on Computational Design in “Ecole Speciale d’Architecture” and became member of various juries. Additionally, she tutored numerous workshops on “Parametric Tools” and “Advanced Modelling” in several schools and offices in both Istanbul and Paris. Throughout her academic career, she worked as a part-time lecturer in design studios at Yildiz Technical University and delivered several lectures on “Professional Life after Graduation” in Bilgi University and Bahcesehir University.

As the founder of slasharchitects in 2013, she has participated in various national and international competitions and has been granted several awards ever since. In 2017,Slash Architects obtained the prestigious WAF (World Architectural Festival) Award with The Farm 38 30 Cheese Factory Building, in addition to the IF Design Award and Architizer A + Award. In the same year, Şule Ertürk receives the Arkitera Young Architect Award.

slasharchitects won the first prize in the TAK – Urban Interventions Competition for the first time in 2014. They were then granted the second mention in Çanakkale War Research Center National Architecture Project Competition a year later. As of 2017, slasharchitects were finalists in the prominent Aga Khan Award for Architecture with their renowned project The Farm 38 30. The same project was nominated for the Cityscape Awards.

slasharchitects continues to conduct diversified design work both nationally and internationally in the field of architecture, urban design, interior architecture and furniture design. The practice addresses the world through compositional work that accomplishes profundity by establishing a strong bond between the user and the architectural product through a versatile expertise and a series of conscious design decisions.