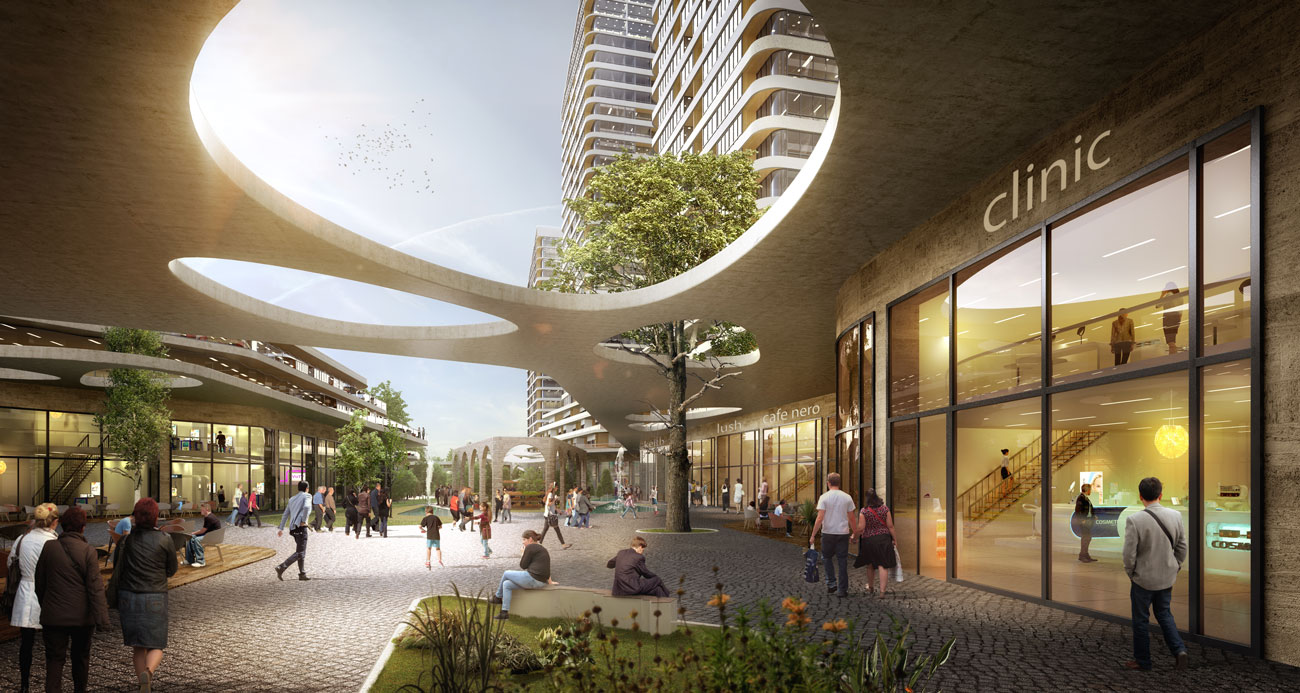 Considering Erbil as a city that has been highly rapidly shaped after the war, the architectural and urban conditions are changing via a global approach. This rapid construction period Erbil has/is going through is limiting the urban spaces and creating an environment of gated community one after another.

Erbil’s urbanization is planned upon the ring roads that are expanding from the center. The related project area – the Ganjan City is located in one of the external rings connected to the Erbil city center with a main road. Erbil Ganjan City is a small scale suburban gated habitat that consists of mainly housings where services such as schools, shopping and open spaces are integrated.

Considering this context, the project site that is located on the south part of Ganjan City where it is facing the main road. This long and narrow site can be considered as an interface of Ganjan City zone due to its connection with the main avenue.

Due to its strategical location, the contractors have planned a high density housing/commerce/social center in the scale of a town. As designers, we have considered this intervention to the city answering to solutions of a high density planning. We have planned this project to also create spatial necessities of the Erbil inhabitants whose accustoms have changed after the war period.
‍

Given the brief of integrating commerce and housing considering the high density we questioned the generic typology of pulling the towers to the borders of the main road and creating a linear dominant commerce ground floor. Considering landscape and zoning criteria was one of our main starting points.

One of the main aims of the project was to motivate the visitors from Erbil via creating an ambiance of recreational axis which performs surprising activities alongside with shopping social area and cultural services. This recreational spire inhabits children playground parks, sports activities, shopping facilities such as organic markets and cultural and social squares. The experience of greenery.